Over the past year, the local housing market saw a median sales increase of 21 percent. Thirty-eight percent of the residents owning a home where the median home value is $550,000 and the median household income is $48,173. Apartments rent for $2,850 per month in a city where 41 percent of the population is single. The number of available rentals rose from an annual low of 132 in October to 185 in December.

Nuzzled against the San Francisco Bay, Oakland, California is also known as a part of the Berkeley. The eighth-largest city in California and 45th largest in the United States with a population of 413,777 according to the US census. Six miles and across the San Francisco Bay from San Francisco, Oakland incorporated in 1852 hosts the busiest port in northern California. The city is the most ethnically diverse city in the country and known for sustainable and renewable energy practices, history of political activism, and professional sports.

Oakland grew as it became a major rail terminal for the Transcontinental Railroad and local commuter trains. A local port helped the city grow into a major industrial player in the first quarter of the 20th Century. General Motors opened an assembly factory, the Fageol Motor Company manufactured tractors, other plants for the metal, bakery, shipping, and canneries also opened. The influx of residents and number of manufacturing plants led to the city playing a major role in World War II. 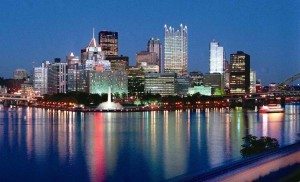 Thousands of people from across the United States migrated here in order to work in the newly created jobs to support the war. The boom also meant construction. The original airport known as Durant Field opened in 1916 and received the first transcontinental airmail flight in 1920. Several of the office buildings and residences in the downtown area were built in the 1920s.

There are over 50 neighborhoods in Oakland. The eastern side covers the most land area, from the San Leandro border to the east shore of Lake Merritt. The west side lays between the bay and downtown. The neighborhoods between Emeryville and Berkeley are the northern side. The San Francisco Chronicle called Oakland the 10th most walkable city in the United States in 2011.

This diverse city is known as much for its variety of food, arts, and music as it is its recreational parks. Forbes magazine called it one of America’s Coolest Cities, Movoto said it is the most exciting city in the US, and Thrillist says it is the number 5 most hipster city. In 2013, The Trust for Public Land named the cities 5,937 acres of the 18th best park system in the United States. NerdWallet said it is a great urban location for nature lovers. There are seven notable city parks and six regional parks located partly or entirely within the city limits.

Over the past year, the local housing market saw a median sales increase of 21 percent. Thirty-eight percent of the residents owning a home where the median home value is $550,000 and the median household income is $48,173. Apartments rent for $2,850 per month in a city where 41 percent of the population is single. The number of available rentals rose from an annual low of 132 in October to 185 in December.
Call us for a comprehensive market analysis of your rental property.

Our property management team specializes in residential areas throughout Oakland, CA. We offer multiple services to take your rental property and convert it into reliable income. We have a thorough screening process that helps to identify the right tenants for your property. Our team works hard to keep both parties happy through effective communication, bullet proof lease agreements, and timely monthly rent collection. We offer maintenance services to enhance the property and ensure that it will retain or increase in value. We oversee everything, allowing you to sit back and relax and know that your property and your tenants are in good hands.

Contact us today if you are ready to receive a comprehensive analysis of your rental property and to inquire about our Oakland area property management services.

East Bay property management experts. Focusing on maximizing your profits and maintaining your rental property with our award winning services.